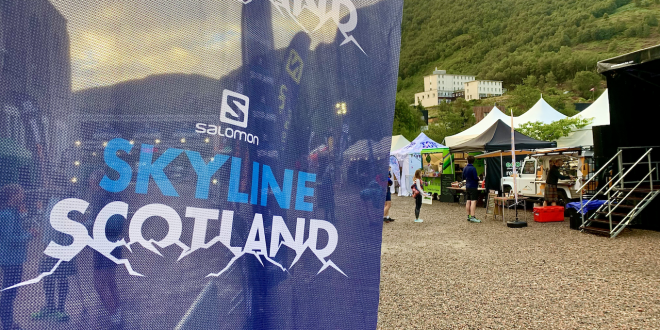 I am starting to get addicted to the Ben Nevis Ultra. It has a bit of a hold on me and I know why. It’s because I can’t seem to finish it!!

In 2019 I entered the Ben Nevis Ultra well aware of its 4000 metres of elevation gain. But at only 52km I thought, how hard can it possibly be? I’ve climbed higher mountains than Ben Nevis before. I can do this.

However , the difficulty with this race is not the elevation gain, it’s not the difficulty of the terrain and it’s not the distance. It’s the cut offs. Without wanting to sound like a dick, I can move fairly quickly when I need to. I’m no elite athlete, but I did run a sub 3 marathon not too long ago. Yet in 2019, I was timed out at the bottom of Ben Nevis having made it to the top via the CMD Arete route.

The main reason I didn’t make it was that I was far too complacent. I didn’t do my research on the race, so I had no idea what the cut off times were or where the checkpoints were. I just assumed I would make it to the finish.

You would expect therefore, that I would not make the same mistake again. That, for my revenge trip in 2021, I would research everything in minute detail and have everything in place to ensure I finished the race this time.

Well, you’d be wrong. I was so gutted to be timed out at the Glen Nevis checkpoint last time that getting there within the cut off this time became my sole focus.

The race started an hour later this year, at 8am, so I knew I had to be up and over Ben Nevis by 3pm. I had trained well and was much fitter going in to this years race. I was confident but not complacent, or so I believed.

By comparison, the Ben Nevis race is akin to a children’s race! We joked as we lined up to collect our race numbers. There were two lines, one for the Glen Coe race and one for Ben Nevis. One race for proper runners and one for beginners! Despite being shorter, Glen Coe Skyline has the same elevation gain and is far more technically challenging.

Some races had set off on the Saturday, but my race was on Sunday. I had arrived with a day to spare, so I could soak up the atmosphere and relax beforehand. It was cool but not cold and, although it was cloudy, it hardly rained all weekend.

Kit check was at the start of the race this year. Once in the pen the bagpipes started and with no more fanfare than that, we were off. I made sure to keep a steady pace without going off too fast. In 2019 it was a warm, clear day which that happens so rarely on Ben Nevis that I knew it wasn’t going to be like that again. Sure enough, cloud cover prevented any decent views this time.

If you have ever been climbing in Scotland or have been fell running in the Lakes then you can guess exactly what the terrain is like. It’s rocky in places, muddy and slippery, soft and boggy, uneven and wet. The first 10km is almost all uphill before a very, very steep descent and then a flat section by the river towards Steall Falls and the foot of the main climb.

A right turn before reaching the falls and then the really steep climbing begins. From here on, to the top of Carn Mor Dearg there is no path to follow. You are simply following the race marker flags stuck in the ground. One of my main takeaways from this second trip to the Ben Nevis Ultra was that I need to buy some actual proper fell running shoes.

My Hoka Evo Speedgoats are awesome, but they are for long distance, over average technical terrain and they are better in drier weather. On some of the very steep downhill sections in this race, it was abundantly clear how much more advantage is gained having deep lugs on wet grass and mud. Some of the runners were able to descend far faster than those of us with standard trail shoes on.

Once near the summit of Carn Mor Dearg the weather had deteriorated such that I had to put my waterproofs and gloves on. It was cold and visibility was very poor. In some ways this is great for those of us who are scared of heights, as it means we can’t see the full extent of the drops to the left and right on some of the ridges!

Given that, I was able to traverse the CMD Arete far faster this time in bad weather, than I did in glorious sunshine in 2019. I was making good time and reached the summit of Ben Nevis tired, but certainly within myself and well within the cut off. So much so that I decided to relax a little on the downhill to the checkpoint. A few runners came past me on the descent but I wasn’t concerned.

I reached the checkpoint at Glen Nevis with 20 minutes to spare, 40 minutes ahead of my previous attempt. I decided to take a little time here to refuel and recover before heading out for the last 22km.

The next 12km of the Ben Nevis Ultra are virtually flat and very runnable. Once my food had settled I was on my way and ran almost the whole way to the next checkpoint. The sun had come out and it was quite warm for this section. Once at the checkpoint, which is just a checkpoint, not an aid station, I asked how far it was to the next checkpoint and exactly what time the cut off was.

I was informed that it was about 3km away and cut off was 4:15pm. This gave me around 40 minutes to get there. On I went. Eventually, having covered those three kilometres I reached a car park with another marshal. ‘Is this the checkpoint?’ I asked. ‘No another 2km up the hill’. Whaaaaattt????!!!!!

There were quite a few of us happily sauntering along believing we were well in time and another few who had no idea what the cut off times were and were surprised when we told them we are in danger of not making it.

We had about 15 minutes to get there. There was one guy just ahead of me and we raced as hard as we could up the hill through the forest, approaching Steall Falls from the opposite direction this time. I was literally shouting at him ‘come on let’s go, we can make it!!!’ We overtook so many other runners, many of whom I’m sure had no idea they were about to get timed out.

We made it over the hill but we only had 5 minutes to get down the other side and sprint along the path to the waterfall, where the checkpoint was located. We ran as hard as we could. But as I rounded the corner, I could see the marshals had just prevented two guys from crossing the river.

I made it to the final checkpoint in the race 90 seconds too late and was stopped. 10km from the finish. I was absolutely fuming. More with myself than anyone. I had screwed it up again. I was so concerned with getting to the foot of Ben Nevis in time, I completely ignored the fact that the other cut offs in the race were equally tight.

I should have known exactly where ALL the checkpoints were and exactly what time they closed. I should have kept up my pace from the summit of Ben Nevis to the base and I should not have spent so long resting at the aid station.

One of the most frustrating things was seeing three guys on the other side of the river who had obviously just made the cut off. They had crossed the river and were sat on the other side resting before tackling the final climb. They were literally 20 metres away from us. They were allowed to go on but we were not.

But there’s no use complaining. There is no one else to blame other than myself. On a positive note, it means I get to go to Scotland and do it all again next year!

The minute I knew I hadn’t made it, I knew I was going back to tackle the Ben Nevis Ultra again. It’s taken me two failed attempts but I think I’ve got it next time. I know exactly where the checkpoints are and what is required to get to them in time. It’s such a tough race but surely that’s what we want, isn’t it? We should be doing races we aren’t sure we can finish. Taking on challenges we aren’t sure we can complete. Otherwise, what’s the point?