Find the latest bookmaker offers available across all uk gambling sites www.bets.zone Read the reviews and compare sites to quickly discover the perfect account for you.
Home - Running - Road Half Marathons - Brighton Half Marathon 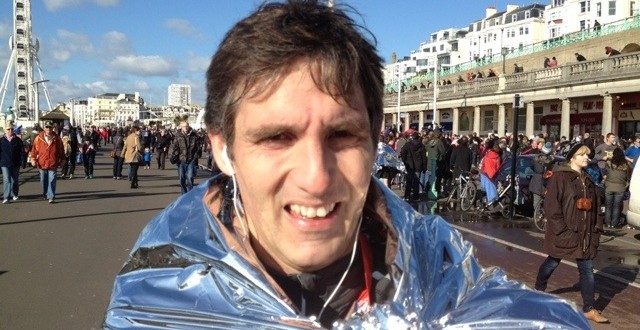 Ran my first Brighton Half Marathon yesterday. It was a beautiful day. It started out cold at 7:30 when we left Worthing but had warmed up significantly by the start.

Unfortunately, Elsa is unwell at the moment and Ellis was having a grumpy day, so I don’t think Victoria enjoyed herself very much. With hindsight it might have been better if I had gone on my own.

First impressions, having run at Bristol and Portsmouth were that the organisation wasn’t great. There were massive queues at the toilets and baggage area and major bottlenecks getting to the starting pens, which were poorly marked. I ended up climbing over a barrier to get in and was still too far back for my predicted finish time.

The Brighton Half Marathon course is pleasant enough, up past the Royal Pavilion, round and back down to the pier, off out past the Marina and Rodean School towards Ovingdean, then all the way back past the pier, out to Hove Lagoon and back to Madeira Drive.

The major problem was that lots of people had GPS systems which measured the course longer than 13.1 miles. My Runkeeper app measured 13.63 miles so no wonder my time wasn’t quite what I’d hoped for. I admit I did find it tough going after 10 miles and my pace definitely slowed, but I was still on for a 1:36:00 finish. My chip time was 1:39:58 in the end.

Lots of people commenting on Twitter that the turn point out between 4 and 5 miles, was farther along the road than in previous years and the suspicion is that cones were placed in error. No official comment as yet other than to say that the course has a certificate of accuracy. It might well have, but some plonker could still put the turn in the wrong place!

Anyway, despite all that it was a gorgeous day to run the Brighton Half Marathon and I beat my Bristol Half time by around 8 minutes even with the extra half mile! 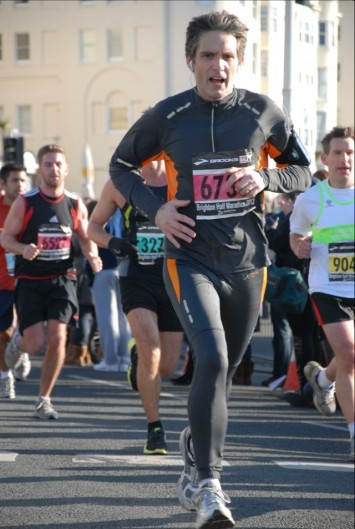 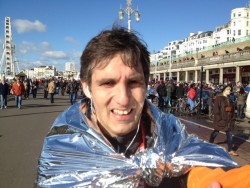 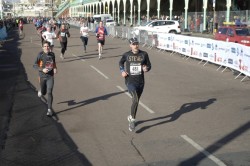 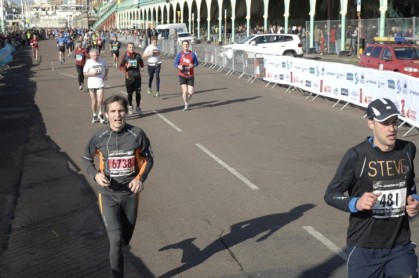 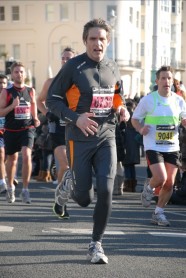 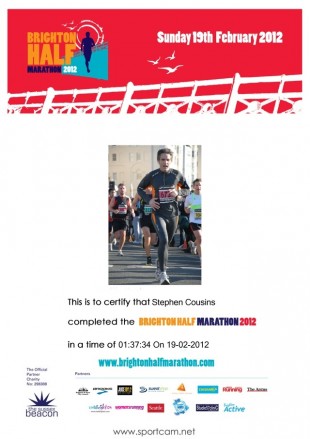 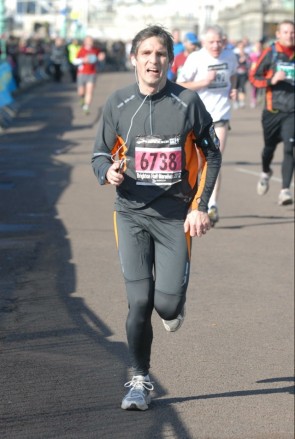