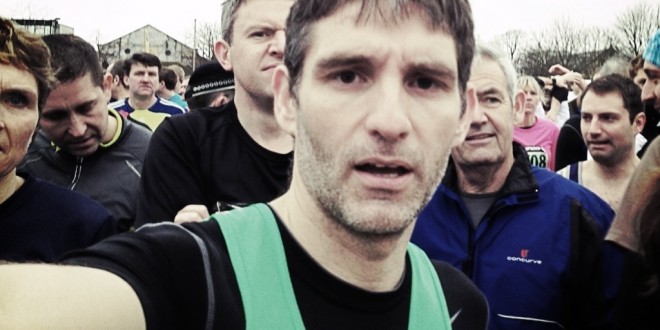 Yesterday was rather a crazy running day. After taking Elsa and Ellis to their swimming lesson early in the morning, we then drove to Chichester for my first Priory 10k race.

My last 10k, in Brighton, took me 49 minutes because I was recovering from sciatica. I’m still not quite right as I think I have another injury in my left leg related to the original sciatica. It’s strange because it hurts just before I run and after I’ve finished, but it eases up hugely whilst I’m running.

My times have been improving and it’s helped a lot joining a club. The weather was cold but not freezing, cloudy but not windy or raining. I teamed up with two other club members and we set off together running at around 4:20/km. around half way we pulled away from one of the team and two of us pushed on a bit. We went through 5k in just over 21 minutes and tried to step it up a bit.

The course is very nice. There are one or two slight inclines and a lovely downhill to the finish. Most of the route is countryside and on a sunny day the run would be gorgeous. The start is in rather a narrow lane so the 1600 runners gather in the car park in estimated time order and are led to the start. I recall a similar arrangement, although on a much larger scale, for the Bristol Half Marathon.

I had eaten well in the days before and felt really strong all the way round. I wasn’t expecting to get near my PB of 42:35, but as it turned out I was only 20 seconds or so away, finishing in 42:57. Having said that, someone asked me prior to the run what time I was hoping for and I said if I got 43 mins I’d be happy.

Foolishly I had agreed with a friend to do a long marathon training run in the afternoon. Despite having run 10k only 3 hours before I set off along Worthing seafront with Kenny and managed to run 13.1 miles. It was pretty slow but nevertheless that’s 19 miles run in a day, which I’m very pleased about. 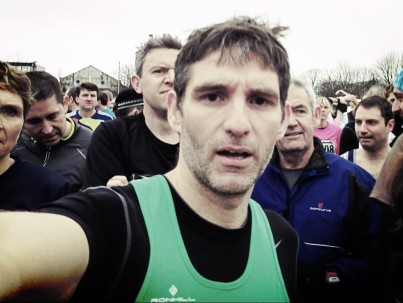 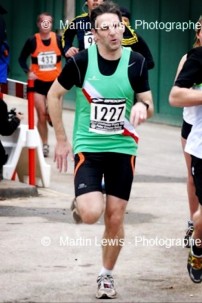 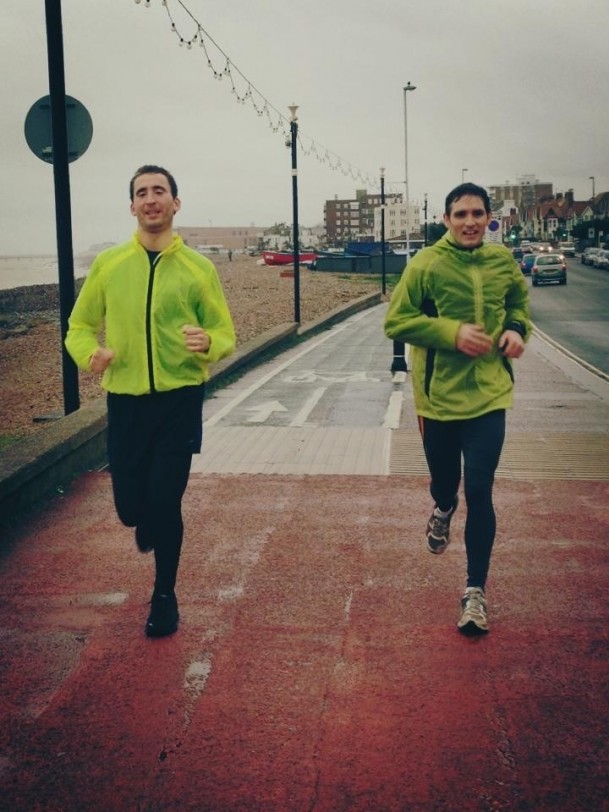