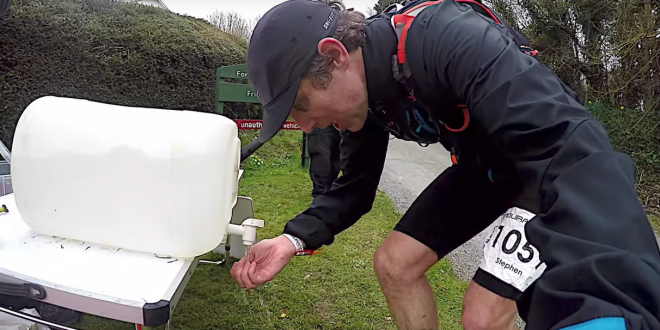 I imagine, as trail runners, we consider ourselves pretty green. We’re more in touch with our environment, with nature, with the beauty of our surroundings perhaps than some others. We go running on the trails for the scenery, the fresh air, that sense of oneness with the world and to escape from the dirt and grime of the urban conurbations in which we live and work.

Your Poo is Probably Ok

I’ve no doubt there’s sincerity in this. I’ve no doubt we genuinely feel we are contributing to the health of the planet by taking part in nature, being at one with the land and sky. We also help ourselves keeping us healthy with the help of 10naturalhomeremedies. It may be the furthest thing from our minds to imagine our love of trail running might be destroying the planet. Sure, when you go out for your long, slow Sunday morning run, you’re not going to do much damage. But when you sign up to an organised trail race you become complicit, knowingly or otherwise, in the systematic destruction of those trails you think you are protecting. Hundreds of runner’s feet eroding already badly worn trails, gel packets littering the path, untold bodily solids, urm,….actually your poo is probably ok….and plastic cups. Lots and lots of small, white plastic cups. 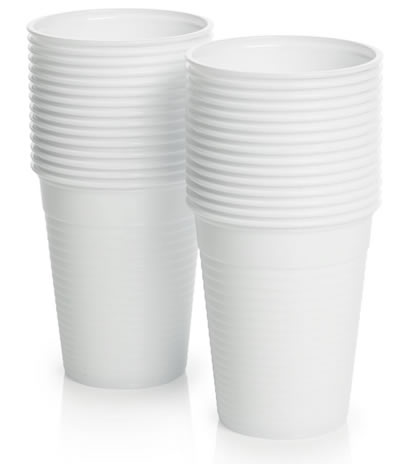 At virtually every trail race in the UK, trestle tables are erected along the route and hundreds of plastic cups are diligently filled with water, juice, Coke or electrolyte drink. They are placed neatly in rows, in anticipation of the mayhem that is to come. Sure enough, soon after, a hoard of sweaty, middle-aged, lycra-clad, mid-life crisis suffering, joggers…… (what you think you’re a runner? You’re doing 15 minute miles my friend, that’s essentially fast walking)…… descend on said trestle table and demolish it in a matter of minutes, before asking how far it is to the next trestle table and moving on.

Granted, the heroes of every trail race are the volunteers who man the aid stations for hours on end, helping us to achieve our goals. Not only do they supply us with mental and physical sustenance, but they also clear up after us. We ultra runners are a messy bunch. Some are also in a hurry, so clearing up is not high on their list of priorities. So the volunteers do a superb job of picking up our litter and making sure the trail is left as it was found, as far as possible. However, regardless of how tidy it all looks after we’ve left, that’s an awful lot of waste to dispose of, isn’t it? For a sport which purports to be embracing nature, we are creating a huge volume of non-bio degradable rubbish.

Trail and ultra running is increasing in popularity. More and more people are out running on the hills and that’s great. Much rather 200 souls breathing fresh air on the hills than consuming Pot Noodle on the sofa whilst watching the latest detritus on Channel 5 or playing Candy Crush Saga on Android. Races are often sold out in a matter of minutes and entry prices are beginning to reflect this. The old adage of one pound per mile won’t get you into many races these days. So, whilst the increasing popularity of our sport is a good thing in general, catering for such numbers with plastic, polystyrene or even cardboard cups at every aid station, at every race, is becoming unsustainable and, to be frank, downright irresponsible.

Things have got to change and I am happy to report that gradually, they are. So called ‘cupless’ races are increasingly more prevalent. The idea is that rather than filling countless cups, runners carry a small collapsible cup and fill it themselves at the aid stations. Many races in continental Europe have been cupless for years. The USA started to catch on a few years ago too. Irunfar wrote an article on the subject as far back as 2013. In the UK, however, we have been slower to adopt the idea. I run mostly in the south of England and the notable exception here is Centurion Running, who organise a series of well-attended and well-respected 50 and 100 mile races in the South East. Centurion began cupless racing in 2017. It is part of the mandatory kit to carry your own collapsible cup. In the north, the prestigious Lakeland 100 and Lakeland 50 are cupless.

Frustratingly though, if you search for cupless or cupfree races on Google there are no UK results. All the results are from US trail race companies, GoBeyond Racing, Cool Moon Trail Races, Single Track Running, Yellowstone Half, Chuckanut 50k. I could go on. Not one UK based running company, not one UK article on the benefits of going cupless, the waste caused by using plastic cups, or the damage being inflicted on our trails. If I didn’t know better I’d think nobody in this country cares. But I know we do. We love our trails. We love the countryside and we want to keep it clean and healthy. So let’s start acting on it by going cupless.

Fill Your Own Cup

I’m not saying we should totally get rid of cups at aid stations and I am not saying it needs to happen for every single race. For example, I can see that elite runners and the faster runners at the head of the field may need to get in and out of an aid station double quick. Grabbing a ready-filled cup saves valuable seconds in a race, I can understand that. Furthermore, I can see that races shorter than a half marathon may find it difficult to adopt a cupless approach, given that large numbers of the runners will arrive all at once, at speed, and you can’t have queues at one water tap whilst everyone waits to fill up their cup. I see that. 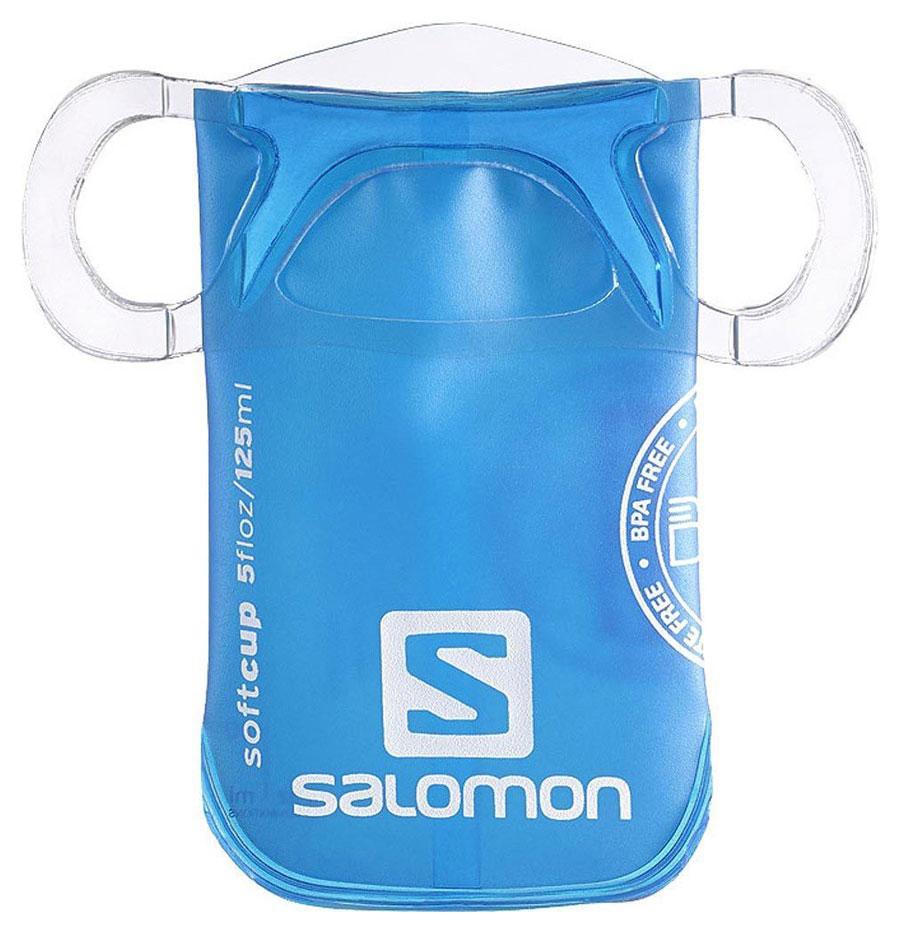 However, for the vast majority of the general running population, in trail marathons and trail ultras, filling your own cup is not going to be a big deal. In fact, there are benefits. There’s nothing worse than arriving at an aid station on a hot summer’s day and downing a luke warm cup of water, or worse, a hot cup of Coke. It’s not refreshing, it’s just disappointing. Furthermore, if there are no cups on the trestle tables, there’s more room for chocolate and crisps……and who doesn’t want more chocolate or crisps? There’s obviously a cost benefit to the race organiser. A few hundred plastic cups is not going to break the bank but it all adds up.

Take Your Litter Away

Imagine arriving at an aid station. It’s really hot. You’re gasping. On the table are three large water containers with taps. One is filled with water, one with Coke and one with juice or an electrolyte drink (by the way, you don’t need an electrolyte drink in an endurance race. But that’s for another blog). You take your cup out of your backpack and fill it. The drink is ice cold and refreshing. Why? Because the vats are filled with lovely blocks of ice to keep the drinks cold. Imagine what a nightmare that would be with plastic cups. Like I said, this may not work for every race format. But it’s going to start happening more and more. Cup free races will become more common and as runners, we need to get used to the idea and embrace it. 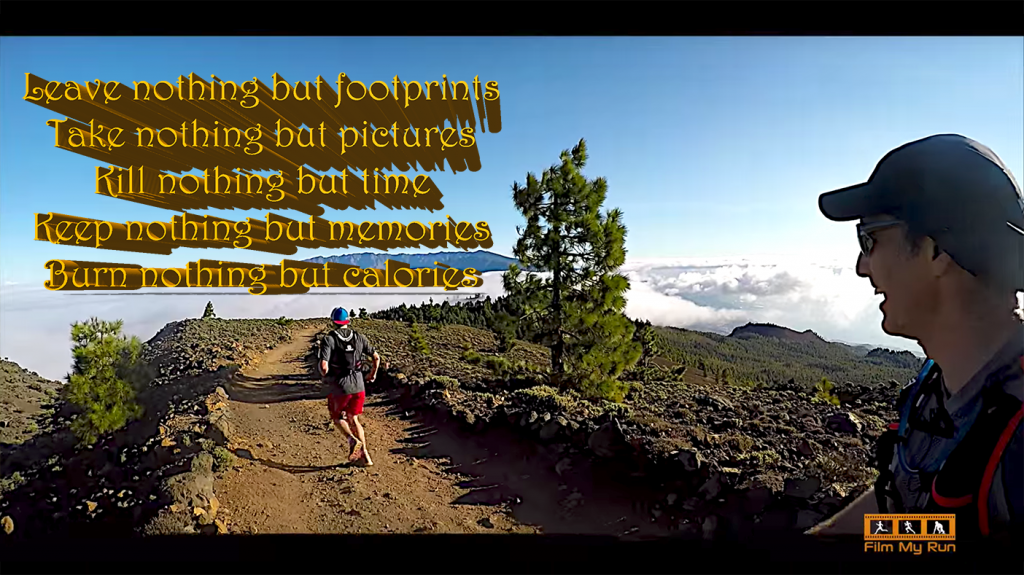 Whilst I’m here, lets just briefly touch on gel wrappers and Mars bar or Snickers bar wrappers. If you can carry them full of chocolate, you can carry the empty wrapper. What is up with people? The number of times I’m running on our beautiful coastal paths or downland trails and I see a discarded SIS wrapper trodden into the mud. What?! Why?! When you’ve consumed your nutrition, stick the packaging back where you got it from in the first place you numpty. No doubt one of the race rules is not to drop litter on the trail. No doubt the race director warned you about this at the race briefing and that you would be disqualified if seen dropping litter. Come on. Get a grip and take your stuff with you.

If America Can Do It

Ok, back to cupless racing. Race directors, let’s get this sorted. Stop wasting your money buying hundreds of cups. We can carry our own cup. Fill a few vats with Coke and ice and we’ll be grand, thanks. No litter for your volunteers to spend hours having to collect 500 metres further down the trail, or chucked in the nettles. More space on the tables for chocolate. A smaller carbon footprint and an even greater sense of self-satisfaction that you are contributing to the greater good. Look at the Americans. They hate the environment, many don’t even believe climate change is a thing and yet they are still ahead of us in the cupless race game. What’s up with that people?

What do you think? Do you agree that this needs wider implementation in the UK? Have we fallen behind the rest of the world in looking after our trails? If you’re a race director have you considered going cupless? As a runner, you can help by encouraging your local races to go cupless. Share this article with your club mates and encourage discussion on the subject. Let’s get this on the agenda and do the right thing. 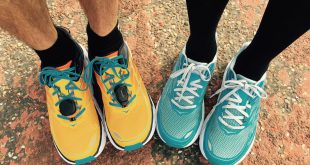 Stop Moaning and get Good For Age 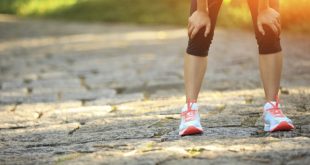 How to Run a Trail Marathon