Find the latest bookmaker offers available across all uk gambling sites www.bets.zone Read the reviews and compare sites to quickly discover the perfect account for you.
Home - Running - Road Half Marathons - Eastbourne Half Marathon 2012 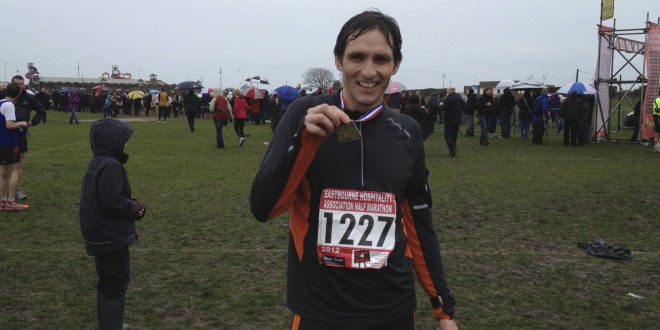 Managed to run a personal best at the Eastbourne Half Marathon 2012 on Sunday. There is a huge hill on the course up to Beachy Head but as slow as it is running up it’s equally as fast running back down. Completed the course in 1:36:05 in 172nd place.

Had to leave Worthing at 8am to get Hallum and Jevan back to Polegate before parking within sight of the start line at Princes Park. Jevan had run the Hove parkrun with me on Saturday morning and achieved his own PB of 22:37 for the 5k run, 54 seconds faster than his previous best.

The weather in Eastbourne was pretty terrible with wind and rain for the whole of the race. The wind was especially bad along the seafront as one would expect. The Brighton Half had over seven thousand runners. Eastbourne is small by comparison with around 1500 runners. It is only in its seventh year and is growing steadily. It is a lovely run, even including the hill and I saw some parts of Sovereign Harbour I have never seen before.

In terms of pace and time I managed to avoid going off too fast initially. I kept my pace at 7:10 per mile until the hill and tried to speed up a little from mile 5 onwards. I have a new Garmin Forerunner 910XT watch which is so much more accurate than my iPhone and Runkeeper, although I will keep using it as back up stats. So my Garmin stats are here and my Runkeeper stats are here. I’ve started wearing a heart rate monitor too which provides an interesting new set of data.

Felt very tired for the rest of the day and sat in Starbucks, Eastbourne for a couple of hours. Went to bed very early but very pleased with my new PB. 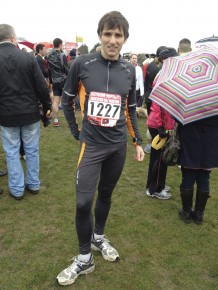 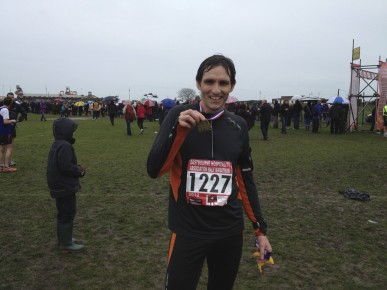