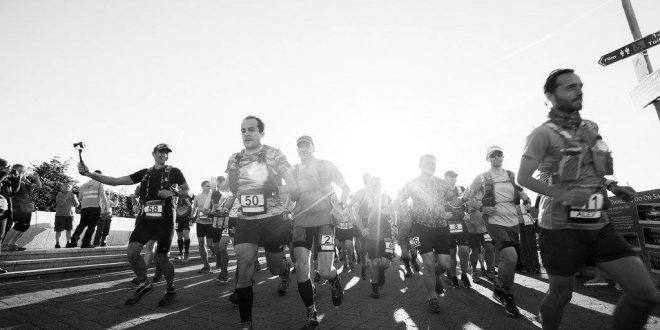 Until recently, I had never been to any of the Channel Islands. So when new Race Director, Peter Tiffin, asked me over to film up and coming race, the Guernsey Ultra or GU36, I absolutely jumped at the opportunity.

As you might have guessed, the Guernsey Ultra is a 36 mile race around the entire coast of the island. Now in its fourth edition, the race has expanded from just 20 competitors in recent years to 69 registered participants in 2017. With over 1000 metres of elevation, it’s not flat, but it’s certainly achievable for anyone looking to step up from trail marathons to ultra distance.

I arrived on the ferry from Poole, on a beautiful afternoon, to the town of St. Peter’s Port. I was immediately struck by the coalescence of French and English, in terms of the language, culture and architecture. In some parts of the town, one could easily be strolling around a Northern France. At the same time, St.Peter’s Port reminded me of many a Cornish market town in England. I settled down with my fish and chips by the harbour.

The Guernsey Ultra race started at 7am the next morning, from the Liberation Monument, erected in 1995 to mark 50 years since liberation from German occupation. The whole thing was very understated. 65 of us eventually collected our numbers at the small orange gazebo, before setting off with the navigational certainty ringing in our ears that, if you “keep the sea on your left, you’ll be fine”.

There was a little over a kilometre of flat running past the harbour and Castle Cornet before we started climbing. Boy did we start climbing. Up, down a little, then up, down and back up again. Let me say this. The people of Guernsey like their steps. Someone, at some point in the long forgotten past, walked the entire 16 miles of cliffs around the island, came home and said, “You know what would make life a whole lot easier? an incalculable number of steps going up each ascent and then down the other side”.

I don’t know about you, but I often find myself trying to avoid the steps and climbing to the side. It wasn’t always possible on the GU36, and my quads and calf certainly took a bit of a beating over that first section. That said, the Guernsey Ultra is a challenge and isn’t that why we’re here? If it was easy, there’d be little point. 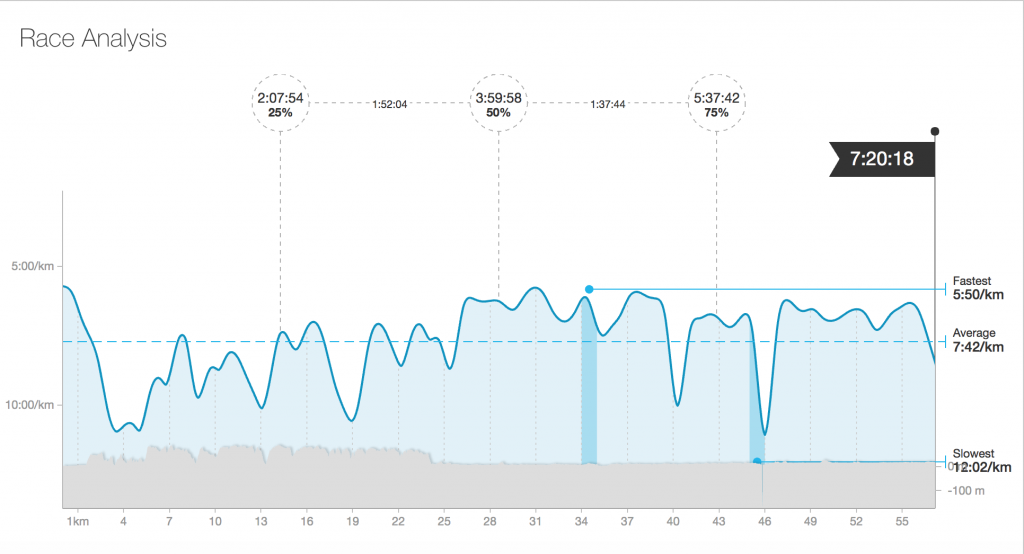 Furthermore, my over-riding impression of the first 16 miles of the GU36 is not steps but the stunning scenery. I have taken part in a good few trail marathons and ultras and I have seen some views. The coastal topography of the GU36 ranks as high as any. Simply beautiful. It’s very reminiscent of the Cornish coastline. Rugged cliffs, secluded coves, turquoise waters lapping over white sand beaches.

Of course, the weather helped too. It was warm. Too warm for some I suspect, and there were a few DNFs at the second checkpoint at the end of the hilly section. As aid stations go, the 16 mile checkpoint of the Guernsey Ultra could not be faulted. Sweets, sandwiches, fruit, nuts, cake, water, juice and Coke were all available, as were runner’s personal drop bags. I had a bottle of full fat milk, mixed with a meal replacement powder, called Huel, in my bag. I certainly don’t get on well with gels. This and baby food pouches are often what gets me through a long race.

Rugged cliffs behind me and three and a half hours into the GU36, I started 20 miles of fairly flat running. Do not, however, mistake flat for boring. Guernsey has been a holiday destination since Victorian times, and there was plenty of activity on the beaches as I ran and walked past Vazon Bay and Pembroke Bay. I found the old German wartime look out posts fascinating. Some are huge 5 or 6 storey gun turrets. Then there are also the Martello Towers dotted along the coast. 19th century fortifications built by the British during the Napoleonic Wars.

By the time I reached marathon distance, I was burning up. Nutrition and hydration were on point, but it really was hot. As I passed yet another gorgeous bay, my desires got the better of me. I raced on to the beach, dumped my hydration vest, phone, camera, and Hokas and ran into the water. Wow. Honestly, it’s the best feeling to dump yourself in cold water in the middle of an ultra. Yes, it’s not the first time I’ve done this. I won the Grimreaper Ultra 70 last year by swimming in the lake during every 10 mile loop of the course!

Having suitably cooled off and having been passed by three or four runners, I set about making for home. With 8 miles to go in the Guernsey Ultra, I rounded the headland and saw the islands of Hern, Sark and Jersey in the distance. There were plenty of people out enjoying the sunshine and cheering us on and it was particularly difficult to keep running past the tempting ice cream stalls and cafes. Oh, how I wanted a latte! From here, the GU36 route turns inland briefly and the course winds through the outskirts of St. Peter’s Port.

The final kilometres around the harbour are some of the most gruelling of the race. Because it’s flat there are none of the enforced walk breaks that hill climbing brings. So you have to adopt a run walk policy. I could see the finish from miles away and it took forever to get to me, but eventually, the Liberation Monument came into view.

You have to touch the monument to complete the 36 mile Guernsey Ultra course. I finished in 18th place in 7 hours and 18 minutes having stopped for a brief swim, climbed around 1200 metres and stood on numerous occasions marvelling at the views. I did forget to stop my watch afterwards so that’s why there are a couple of extra minutes on my Strava and Garmin stats. This is certainly a race to consider and is a decent one for the newbie or experienced ultra runner. You get a t-shirt and the finishers medal is nicely designed in the shape of the island.

If you have enjoyed reading this Guernsey Ultra race report and watching the accompanying video, please do give it a ‘like’, share it with your friends and comment down below, whether you will be travelling to Guernsey  to take part in this lovely event in the future. 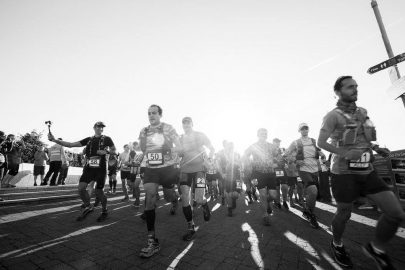 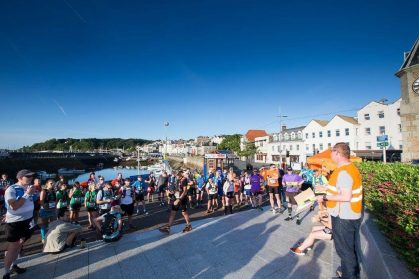 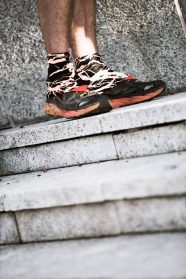 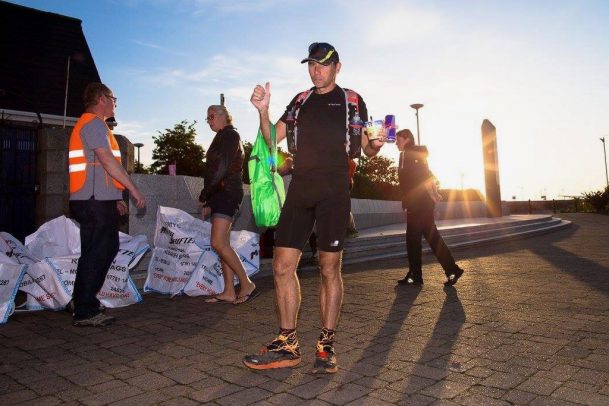