Find the latest bookmaker offers available across all uk gambling sites www.bets.zone Read the reviews and compare sites to quickly discover the perfect account for you.
Home - Running Articles - Hey, Robbins, Canaday!! Step Away from the Camera! 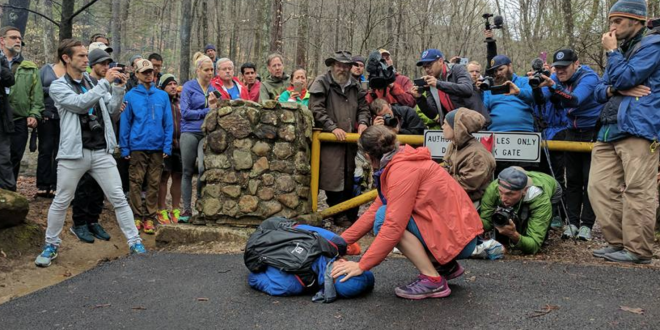 I know, I am a fine one to talk. I run a website called Film My Run encouraging people to take cameras with them on their runs. I film most of my races and thoroughly enjoy doing so. But, I am not an elite athlete. I am not looking to place in the top 10 at UTMB or complete, arguably, the toughest race on earth in the Barkley Marathons.

Let’s get this out of the way first. I truly admire and respect Gary Robbins and Sage Canaday. I also enjoy watching Jamil Coury and Harry Jones (Harry Runs) amongst other high profile runners who take a GoPro with them or have Ethan Newberry or Billy Yang surgically attached to their hip. And I love Billy and Ethan’s films. I really do. I have no problem with filmmakers making films. I do it myself. 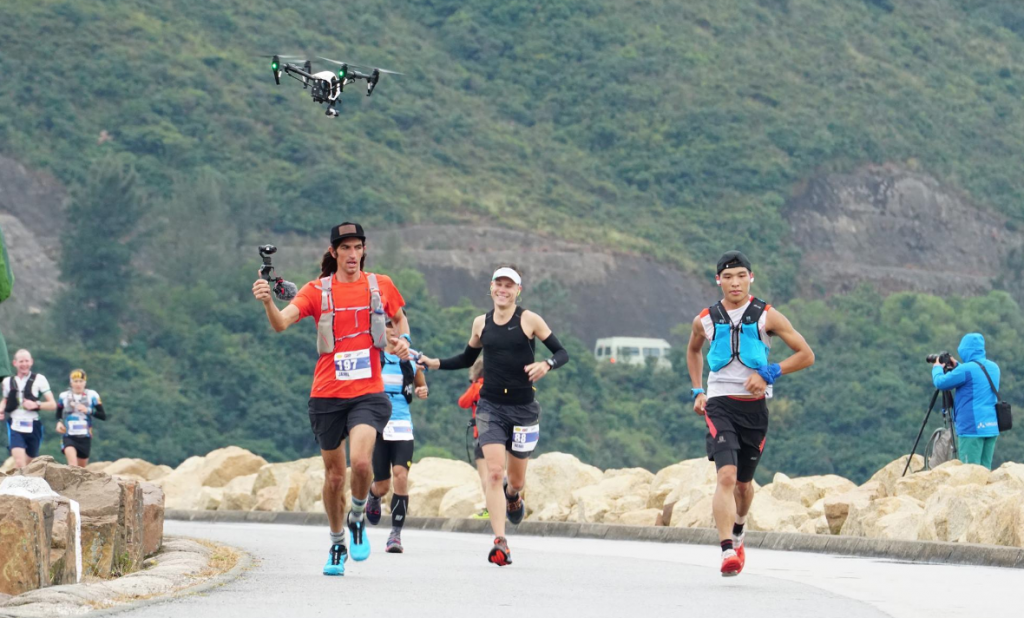 I also understand that it’s great marketing for Hoka and other companies to have their sponsored runners making videos which indirectly promote the brand. But I wonder whether, specifically in the case of Sage and Gary, the documenting of their training and their races by themselves and others is distracting them, leading to performances that otherwise might have been better. I’m not saying this is definitely the case. I am postulating it as a theory.

Let’s take Sage Canaday. I was watching VO2Max Productions training videos before I even knew who Sage was! He’s been making videos for a long time. But in recent years he has significantly upped the number of vlogs he’s uploading, which document his training for UTMB for example. He had some decent results in 2017 with 3rd places in the Hong Kong 100k, Speedgoat 50k and at the Chuckanut 50k. He also won Lake Sanoma 50. But his disappointing 50th place at UTMB sits uncomfortably alongside his bonk at Western States in 2016 and it’s interesting that both of those races were the subject of some pretty intense filming.

Looking at the results for Western States 2016, I was surprised actually that Sage was 11th, as it felt like he did a lot worse than that. We also have to bear in mind that it was his first 100 so there was a learning curve of sorts for him. But without question UTMB was a big underperformance for Sage. Do we think that his full on documenting of his training for UTMB contributed to his poor performance? Did Ethan Newberry’s filming of Western States 2016 play any part in Sage’s crash 40 miles from home in his first 100 miler? I don’t know. But it’s certainly something I wonder about.

To the casual viewer, the filming of a race or a training run may seem innocuous. How hard can it be? Just take your camera and go, surely. But it’s really not that simple at all. These things take time, preparation and planning. To make even a vaguely coherent film you need to think about what you’re going to film and how you’re going to film it. You need a plan. You will need to have at least a loose script in mind and the wherewithal to accomplish the job whilst running. You need fully charged camera batteries, spare batteries. You must remember to pack spare memory cards. If you’re using an electronic stabilising gimbal, you need to make sure that is fully charged and ready to go. 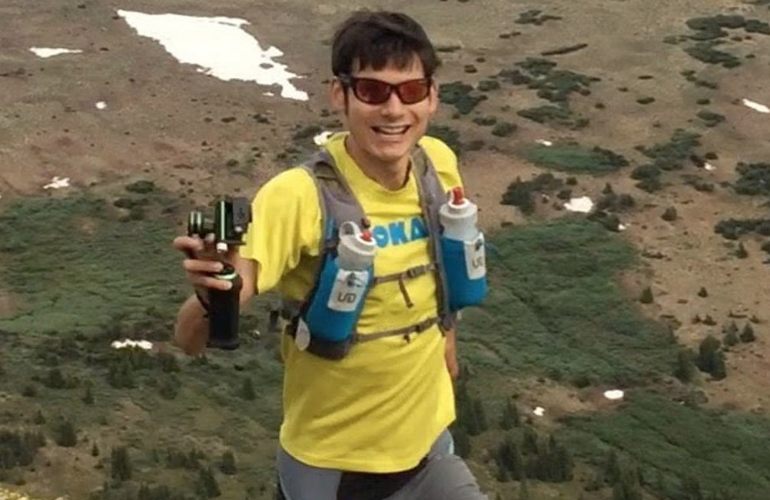 Remember, all these things are things you must do in addition to preparing for a training run or a race. If you are a runner, you know yourself how much time and planning goes in to sorting your kit out in the days leading up to a race. If you are being filmed by someone else, you still need to coordinate with the filmmaker. They may want you to go out on specific runs just for filming, so they can get certain shots. You may be asked to run the same bit over and over so it can be filmed from different angles. This all takes time and significantly, mental energy.

Let’s talk about Gary Robbins. Twice Gary has entered the Barkley Marathons and twice he has failed to finish. Both times his race was fully and intensely documented by Ethan Newberry, with Gary’s full consent of course. It wasn’t the first time Gary had been filmed by Ethan. In 2015 Gary’s FKT around Mount Rainier was documented by the Ginger Runner. But Barkley is something different. There is no doubting that Gary did incredibly well to get to loop 5 in 2016 and 2017. But if we are being super critical, Gary would admit that he was helped round those first four loops, first by the experienced, now three time finisher, Jared Campbell and then by local runner Jon Kelly, back for his third attempt. 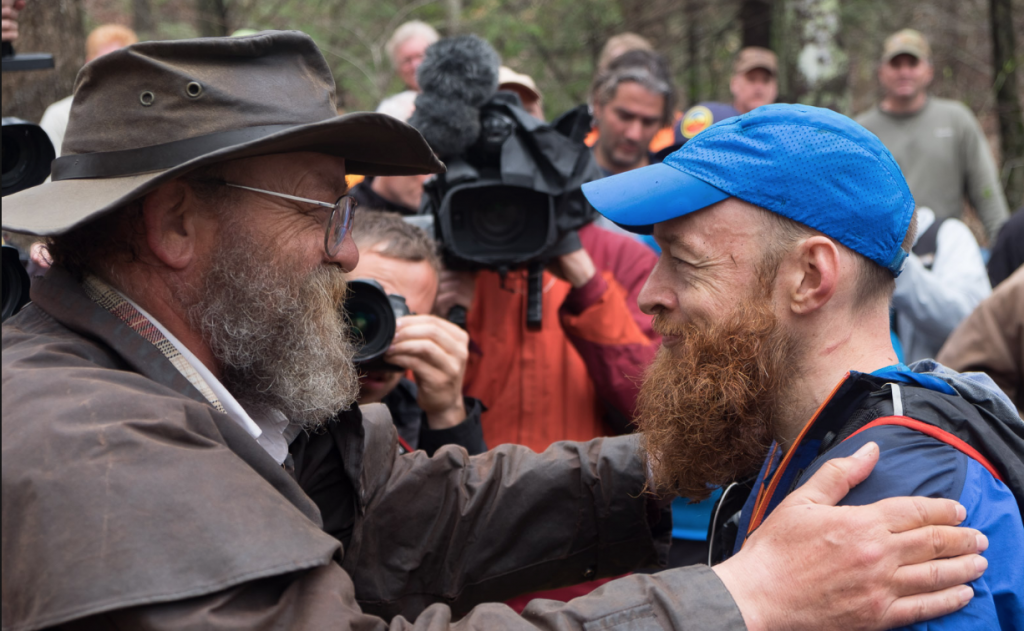 On both occasions, the fifth and final loop, Gary has had to navigate on his own. After over 100 miles of running and 55 hours with virtually no sleep, trekking through some of the harshest terrain imaginable, you need absolute focus. You need every ounce of mental energy you can muster. You need no distractions and no added complications. This comes, in part, from total dedication in training.

Now, again, I’m not saying this is the route cause of Gary’s two loop 5 failures by any means. particularly during the race itself, it’s clear Ethan tried to remain as detatched as possible. But from a wider perspective, having to think about documenting your training on camera, having to liaise with the filmmaker and schedule filming slots. Having to spend time and energy charging, packing, downloading, erasing, fiddling with menus, pressing buttons, working out why it’s not recording. All this stuff is stuff you don’t need.

A Different kind of Focus

I am absolutely sure that both Gary and Ethan were aware of this and considered it when they agreed to work on the project together, and the film Ethan produced, as a result, is amazing, as Ethan’s films always are. But did the making of that film, wonderful as it is, contribute to Gary failing to complete loop 5 of the Barkley Marathons in two consecutive years? I honestly don’t know. What I do know is that, in general, if I leave my camera at home and am fully focussed on my race, without the distraction of film-making, I will perform significantly better. In the past 6 months I deliberately left my camera at home for the Beachy Head Marathon, Wendover Woods 50, the Brecon Beacons Ultra and the Arc of Attrition 100, because I wanted to see what I could achieve. In each race I obliterated the times I had previously run. 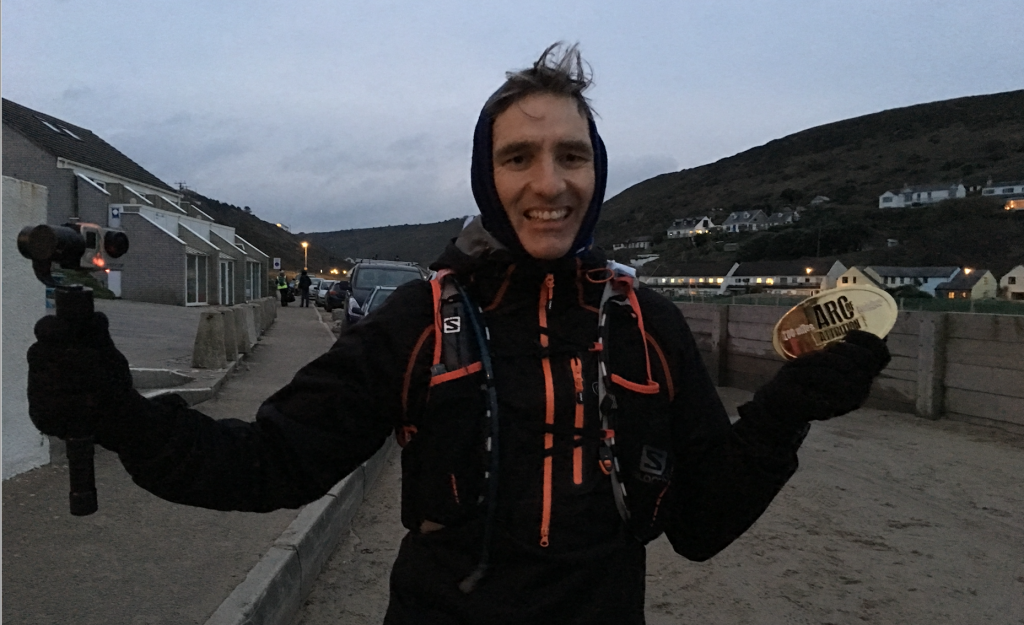 I love taking my camera out when I go running. I like recording the races I do and I hope my films inspire others to do some of the races I film. But if you are a runner, and certainly if you are an elite athlete, the race result has got to be the most important thing and, in order to achieve the best result possible, you’ve got to leave the camera in its bag. Don’t film your training runs, don’t film the race and don’t even have someone else filming you. You need to focus, but not with a camera lens. When Billy Yang sticks his gimbal in your face for an interview, or is running behind, in front and to the side of you, you cannot possibly be 100% engaged in the race.

This is not an ‘attack’ on anyone and it annoys me to feel I have to say that. I am merely asking the question. Do you feel that self-filming or allowing yourself to be the subject of a film, through training and the race itself, might deflect focus from the job at hand? If you feel there’s a chance of this, and you really want to do well in the race, surely it’s not worth it, is it? Furthermore, are there just too many cameras at these events? Too much in the way of the running? Indeed the Ultrarunning Podcast wrote this article on the subject. 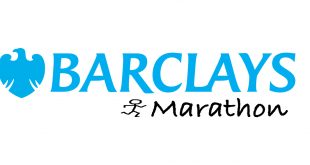 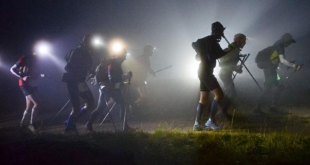 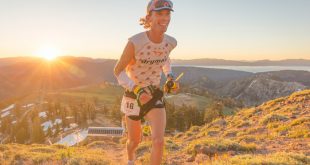 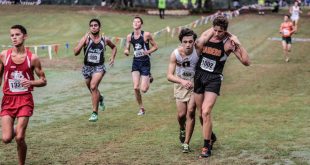