Find the latest bookmaker offers available across all uk gambling sites www.bets.zone Read the reviews and compare sites to quickly discover the perfect account for you.
Home - Running - Steyning Stinger 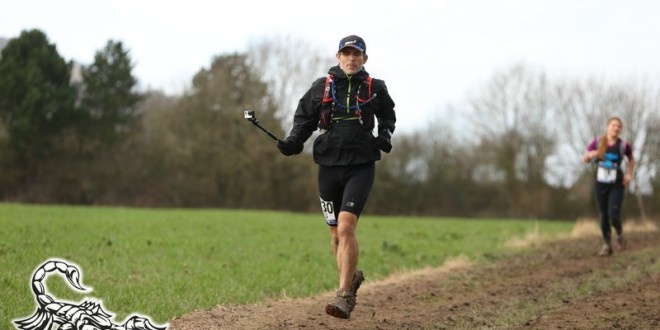 With my running wife, Richard, out injured I ventured to the small village of Steyning in West Sussex on my own for the Steyning Stinger Marathon 2015. It was to be my first experience of this marathon which is quite revered in these parts as being a very tough race.

Training for Paris and London

I am currently training hard for both the Paris and London marathons and decided to use the Steyning Stinger to get miles under my belt rather than to try to run a fast time. I also decided to take my GoPro camera and record the run. As I was thinking about how I might film it, I came upon the idea of filming a documentary on how to run a trail marathon. The night before the race, I wrote a script and printed it out. I placed it in a transparent bag and put it in the front pocket of my waterproof jacket.

It was a beautiful morning and only a short drive from Worthing to the race start. The start was staggered. There were walkers, half marathon runners and slower runners all setting off at different times. I started with the main congregation at 8:30am. It was incredibly muddy from the very start and there was very little let up all the way round.

I had a lot of filming to fit in so I tried to spread it out evenly across the race. The course basically goes up and down big hills on the South Downs four or five times and takes in both Chanctonbury and Cissbury hill forts. I managed to chat to lots of people on the way round and what struck me was the amount of marathon experience there was in the race. Every person I randomly spoke to had done 10 or more marathons. My friend Mark, with whom I ran a good portion of the race, has done 106 marathons. Another chap had done 43 and a lady was on her 52nd marathon. The person with the most marathons under his belt with whom I spoke was Gil, who was completing his 563rd marathon. Incredible experience and great for my documentary on how to run a trail marathon. If these people don’t know something about running a trail race then I don’t know who would.

As I finished each section of my script I would tear it off, screw it up and put it in my backpack. I was at around 22 miles of the Steyning Stinger when the camera battery died. I was rather unprepared for this as I normally don’t film for quite so long during my runs, so the battery usually lasts out. I was quite annoyed until I realised that there may be a spare in my backpack from the previous run. Sure enough after a search I discovered it and was able to film the final couple of sections of the documentary. However, at the last minute, just before crossing the finish line, the SD card showed as FULL. Aah well. No spare card and I was so close to the finish line I wouldn’t have had time to change it anyway.

I wasn’t in any way concerned with my finish time or position. I don’t even know in what position I finished. My time was 4 hours 45 minutes. I ran very conservatively throughout and didn’t feel I needed any nutrition until around 17 miles when I thought I ought to take something. I had brought my usual two baby food pouches, but only consumed one of them. I did, however, have one or two bits of chocolate at a couple of aid stations. I finished the race feeling tired, but by no means done in as I was at the end of the Beachy Head Marathon, which took my 4 hours 55 minutes. Clearly my body is better fat adapted now than it was then and I also didn’t go out hard and completely knacker myself in the first 5 miles!

The very best thing about the Steyning Stinger Marathon is the breakfast afterwards! Oh yes. Bacon, sausage, eggs, hash browns, beans, tomato, coffee or tea. It’s served in the college, which serves as the race HQ. I showed my race number to some keen children, who noted it down and asked me to fill in a sheet with my breakfast requirements. No sooner had I sat down than my number was called and the joys of a Full English were presented to me on a paper plate with plastic knife and fork. Heaven.

If you are looking for an early spring trail marathon to get miles in your legs and some good hill training done in preparation for a big city road marathon in April, then you could do a lot worse than the Steyning Stinger Marathon. It’s within easy reach from London or Southampton, Kent, Surrey or East Sussex. I thoroughly enjoyed my day and will likely be back next year to give it another more earnest go, hopefully accompanied by a few running buddies, rather than on my lonesome.

Please feel free to watch the film, especially if you are looking for advice on running and marathon training. If you just like watching running films then I have plenty more on the site here. Have a look at the Films Page. If you enjoyed reading this article on the Steyning Stinger Marathon, please share it with your friends and give it a ‘like’ or a +1. Thank you. 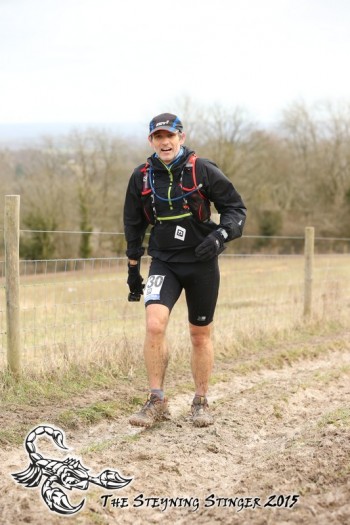 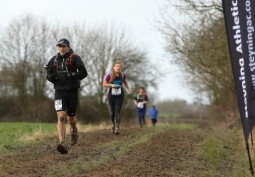 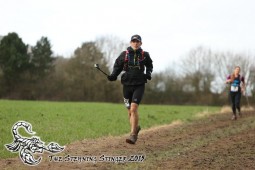 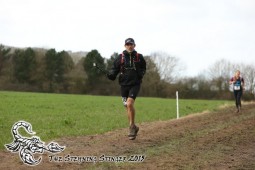 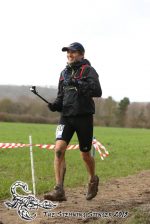