Find the latest bookmaker offers available across all uk gambling sites www.bets.zone Read the reviews and compare sites to quickly discover the perfect account for you.
Home - Running - Thames Path 100 | Look After Your Arse 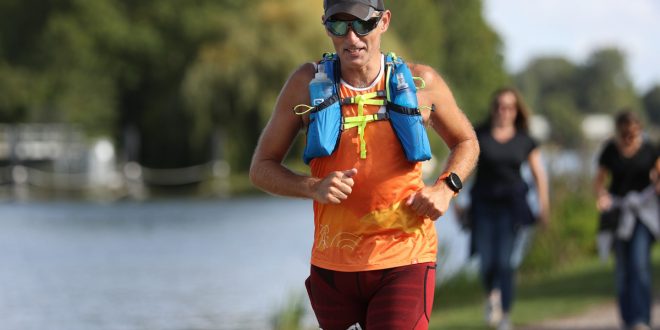 It’s important to look after your arse. Live your life by this rule and everything else should fall into place. It is a mandate for life that I had not come to fully embrace upon entering the 2019 Thames Path 100. And it was to my severe chagrin and utter detriment that I had not.

The final sorry miles of that ill-fated race were some of the most excruciating I have experienced as a runner and I vowed to accept responsibility, take ownership of my arse and and finish the 2020 Thames Path 100 with a bonum bum, anus sanus.

And so it was that on September 5th 2020 my better half dropped me outside Richmond Town Hall in South West London and I set out to finish what I had started last year. This time I could have no excuses. Perfect weather conditions, an adequately trained body and a new arse protection regime.

I was not planning to use any of the aid stations. I would rely on my wife as crew and merely check in where required  en route. I spent the first 20 miles being overtaken by almost every runner in the race. Runners could start at any time between 7:30am and 9:30am. I set off at 7:50. The uber fast runners had already gone.

If you want to complete a flat 100 mile race in 20 hours then your average pace needs to be 12 minutes per mile or around 7:25 per kilometre. Although I had no intention of attempting a sub 20 hour finish, I set off at slightly faster than this pace to see how I would get on. It feels very slow when you start so you need to be disciplined.

What everyone else was doing I have no idea. Countless runners sped past me in the first 20 miles, some very experienced too. Many looked like they were going at sub 18 hour pace! Maybe I was doing something wrong, but I kept plodding away at my tediously slow sub 20 hour pace.

I saw Victoria and Lindley Chambers at 20 miles in Staines. Lindley kindly dealt with a minor foot problem for me and I was on my way again. It’s quite clear, looking at the data, that I began to slow down after this point. Whilst it wasn’t overly warm, it was still warm enough to sap the energy somewhat and give rise to my usual 30 mile nausea. I had been deliberately steering clear of sugar, which experience tells me tends to contribute to this low period.

Sure enough, another 15-20 miles later and I was feeling much better. The previous year I had been sticking to rather a rigid run walk regime. I would try to run 4 kilometres in under 30 minutes and any time I had left, I would allow myself to walk. I was trying to complete 5 miles an hour. But coming in to Reading I was very fatigued and not enjoying the race.

This year my pacing was far more flexible. If I felt tired I could walk. I was also using a Stryd power meter and I had a vague plan to move at between 170w and 200w for the entire race, aside from walking and stopping breaks. There was a slight mishap at Marlow where I arrived at the crew point before my crew, and I had to wait a few minutes, but no bother.

I reached half way at Henley as the light was fading. It was beautiful there along the river. There was a music festival going on and boats were moored up on the river with families and friends sitting eating and drinking in the golden hour. It was a perfect late summer’s evening.

Even at half way, I was a long way back in the field. It had taken me 50 miles to climb from position 174 to position 170! But it was about to cool down, everyone else was about to start flagging. I just hoped that I had retained a little more energy than those ahead of me.

It was dark by the time I reached Victoria, who was sat in the dark in the middle of a field, on the outskirts of Reading. I almost didn’t see her. I clocked in to the Reading checkpoint in 13 hours feeling a lot better than I had done the previous year. My arse was holding up.

Let’s just touch on my arse for a moment. Severe chafing had been the ultimate cause of my downfall in 2019. Since then I have developed an arse strategy. Firstly, in the 48 hours leading up to any long race I now use Anusol suppositories. One each night for a couple of nights. I occasionally suffer from haemorrhoids and this helps to prevent them making an appearance in the latter stages of any distance runs.

Secondly, I have changed from using Vaseline as my preferred anti-chaff lubricant to a dedicated cream called Udderly Smooth. I have no idea if it’s the best, but it’s definitely better than what I was using. Finally, I have been experimenting with my pants and shorts combination. Some of my running underwear is definitely more prone to causing chafing issues and I am still in the process of deciding which combination is best.

Suffice to say that two thirds of the way through the race, my arse was still in good shape and I was now catching people at a rate of knots. Up to 102nd by the time I reached Goring at 70 miles, the only aid station I used. One packet of Prawn Cocktail crisps and a cup of tea and I was on my way.

I won’t name names, but I had my eye on one or two runners ahead of me and was doing my level best to catch them. By now I was nowhere near my original starting pace, but I was still running more than I was walking and still just about hitting between 170w and 200w of power when I was running.

During the entire race I had no Coke-a-Cola at all. I had one small bottle of Purdey’s fizzy drink. I mostly survived on hot tea (no sugar), cold coffee, water, Huel and sandwiches. In the second half of the race I had two packets of vegetable soup, which went down a treat. The only other simple sugars I consumed were a few Skittles sweets.

Clifton Hampden is where I handed in my number last year. I didn’t want to hang around for long. Daylight was not far off and I wanted to get the job done. Up to 83rd with 15 miles to go. The night had gone very well. No stomach issues, no chafing issues, minimal fatigue and generally feeling good.

My target for this race was simply to finish. To banish the daemons of last year and to get the job done. The next goal was to get in under 24 hours and the next goal was a 100 mile PB. Anything after that would be a bonus. I had, of course, started out at sub 20 hour pace. That would have been amazing, but I am realistic enough to know that I am not fit enough for that kind of time. I let that slide way before half way.

Approaching the final 10 miles I was looking at around a 22 hour finish. I did wonder if I might be able to sneak in under 22 but it wasn’t to be. However, I had caught and passed approximately 120 runners in the second half many of whom, I had had my eye on. Some were too good though. I have no shame in admitting that I was trying to catch the only M70 runner, the legendary Ken Fancett. He beat me by 11 minutes. I was also trying to catch Ali Bailey, who had scampered past me early on. She beat me by an hour and 40 minutes and narrowly missed out on third place.

In the end I crossed the line in 22 hours 21 minutes in 59th position. A new 100 mile PB but more importantly a fine specimen of an arse, fit to race another day.

The Thames Path 100 is a lovely day out. Passing Hampton Court Palace, Windsor Castle, Eton, Runnymede and Henley are all highlights. But I would never recommend it as a first 100. People think it’s going to be ‘easy’ because it’s flat. But flat is bad. The same muscle movements over and over again lead to aching hamstrings, but completely underused quads. If you want a first 100, do the South Downs Way. Arguably more beautiful, easier on the legs despite the climbing and still a pretty fast course.

That said, now I’ve got one flat bugger done, I feel confident I can get another in the bag slightly faster. So we’ll have a go at that in a couple of years. For now, I can be satisfied I’ve got a little monkey off my back. You can watch my film of last year’s DNF, here. 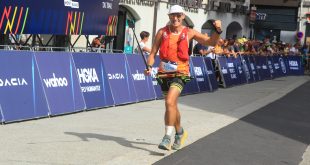