Find the latest bookmaker offers available across all uk gambling sites www.bets.zone Read the reviews and compare sites to quickly discover the perfect account for you.
Home - Running - Ultra Races - Transvulcania Ultra 2017 | A Procession of Stars 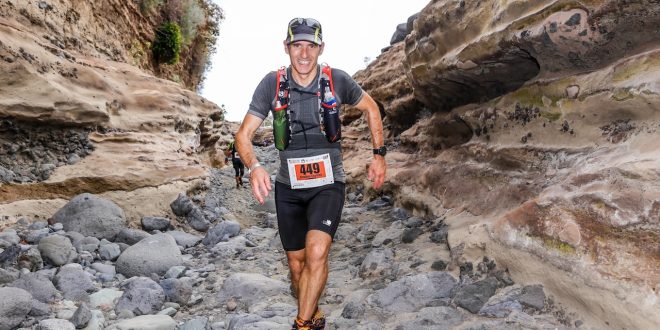 Transvulcania Ultra 2017 | A Procession of Stars

I stood at Roque de Los Muchachos, 2400 metres above sea level, the highest point in La Palma, and the highest point of the Transvulcania Ultra. Clouds far below me, stunning scenery all around me. ”Legs don’t fail me now” I whispered to myself, as I started the 20km descent to Tazacorte.

See, last year’s was a story of triumph and disaster. I did finish the 2016 Transvulcania Ultra, but not without a monumental struggle on the final descent, when my quads blew up and I had to walk most of the way. This year I was in decent shape and ready to take on one of the world’s most iconic ultra races for the second time. If you’re not into reading you can simply watch my vlog of this year’s race and holiday here.

The Transvulcania Ultra is 9 years old. In that time it has grown to become legendary in the ultra running community and a permanent fixture of the Sky Running World Series. For the last three years, this 74km race has been won by Luis Alberto Hernando. This year’s hot favourite was Nicholas Martin, who had a superb run to come in second last year.

La Palma is a beautifull 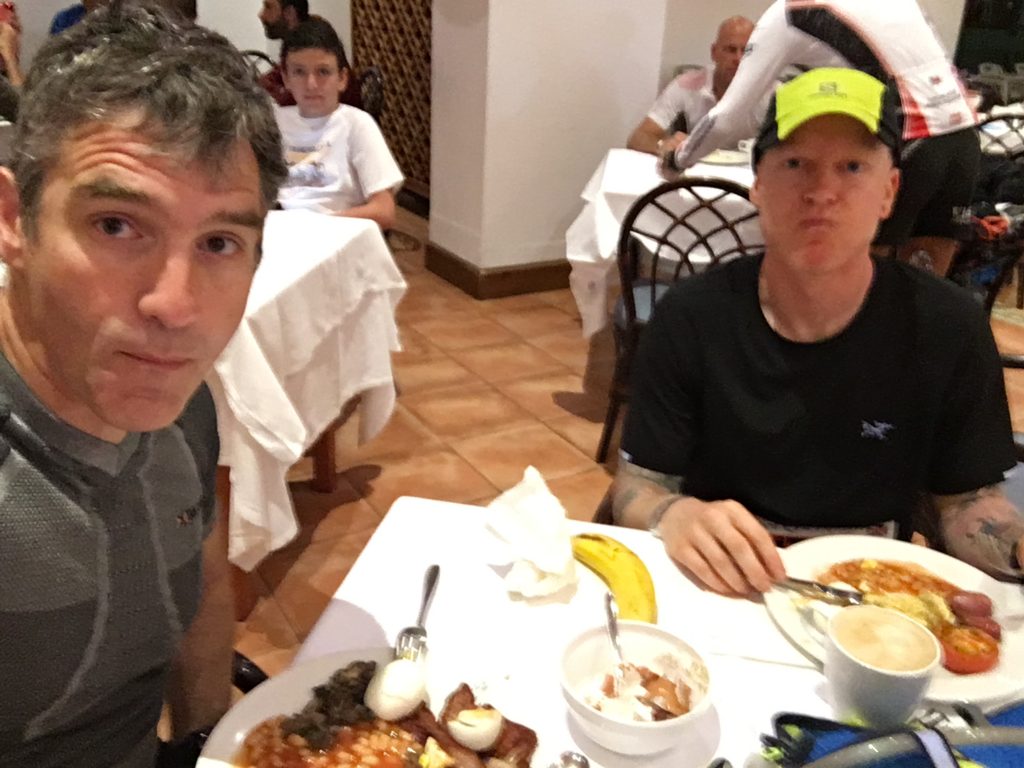 y diverse island, featuring not only the black sand beaches and desolate volcanic landscapes of the other Canary Islands, but also lush green forests, banana plantations and high peaks. The race follows the GR131 path from sea level at Faro de Fuencaliente climbing past San Antonio volcano, through the town of Los Canarios and up following the ridge line in the centre of the island all the way to Tazacorte on the west coast, before heading inland to the finish at Los Llanos.

I was up at 2:30am on race day and met my running wife, Richard, for breakfast at the Teneguia Princess Hotel at 3am. There’s no need to worry about transport. There are no trains to catch, no taxis to order. It’s all organised. At 4am three coaches filled with runners departed the hotel and transported us to Fuencaliente. 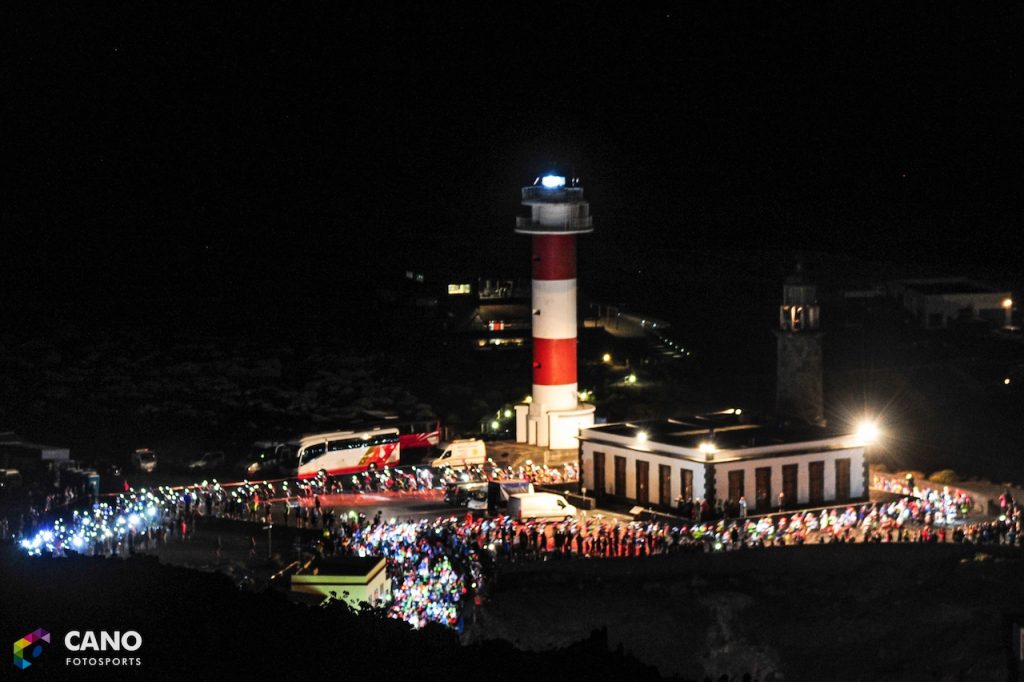 There are two lighthouses at the start line of the Transvulcania Ultra. One small, grey and clearly the older of the two. The other, resplendent in Beachy Head style red and white hoops. I’m sure they are smiling quietly as nervous runners begin arriving in the dark.

At 5am a small gap opens in the barriers and we are filtered slowly through kit check. You must have a head torch, a space blanket, mobile phone and some form of hydration system. Once you’re through the gap you join the start line loosely in accordance with a ranking number on your bib.

Countdown to the Start 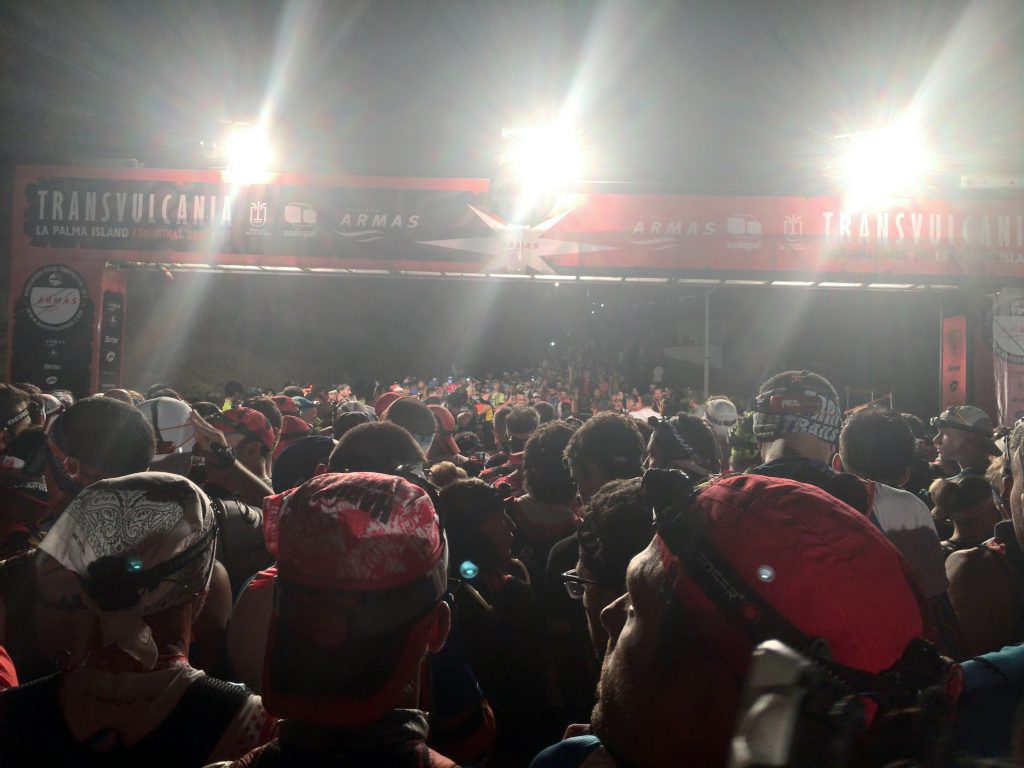 They really do know how to build the tension for the Transvulcania Ultra. By 6am the whole place is buzzing. Lights, loud music, the announcer shouting over the speaker system. To our right, just a few feet away, the Atlantic ocean crashes against the rocks. To the left, a 20ft rock face and projected on it, a huge digital clock counts down.

We’re off. At the front, there’s a lot of jockeying for position as we round the lighthouses. Before long though, we come to a stop when the trail narrows to single track. Deep black sand filters into your trail shoes. Sharp, loose volcanic rock slides away underfoot. You place a hand on the back of the runner in front to steady yourself. At the same time, the runner behind pushes you forwards and others try to get ahead by sprinting over even more coarse terrain off piste. 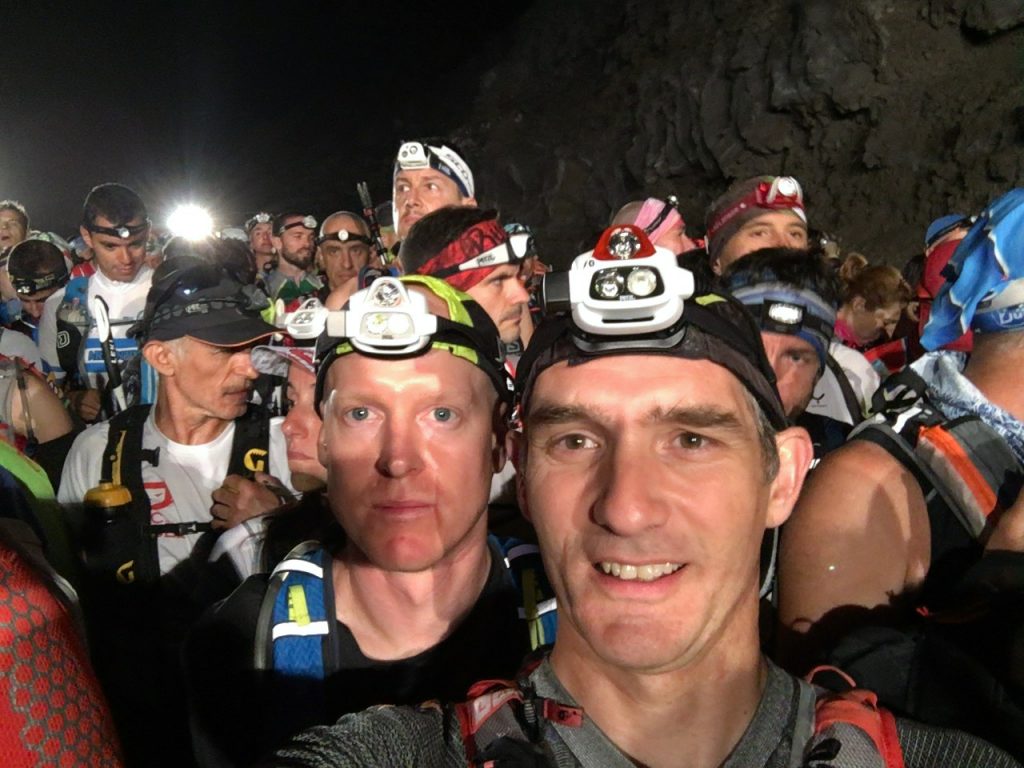 Eventually, the madness subsides and one of the greatest sights in ultra running emerges as 2000 runners snake up the side of a volcano in single file. Each runner has a head torch and a tail light. Look up and there’s a long red vein of light heading to the heart of La Palma. Look back and it’s a procession of stars stretching back to the lighthouse.

Past the first aid station at Los Canarios, through the cheering crowds of what seems like the entire town, we head into the forest. It’s about now, 10km into the race and 1000m up, that the sun begins dancing through the trees. By now, everyone has their poles out and we are power hiking over rocks, tree roots, sand and the largest pine cones you’ve ever seen, towards the second aid station at Las Deseadas.

I hadn’t stopped at the first aid station and I didn’t stop at the second. Ten miles in and around 2000m up, the views from Las Deseadas are stunning. The clouds are far below and you can see the entire race route along the spine of the island, all the way to the foot of the drop at Tazacorte. 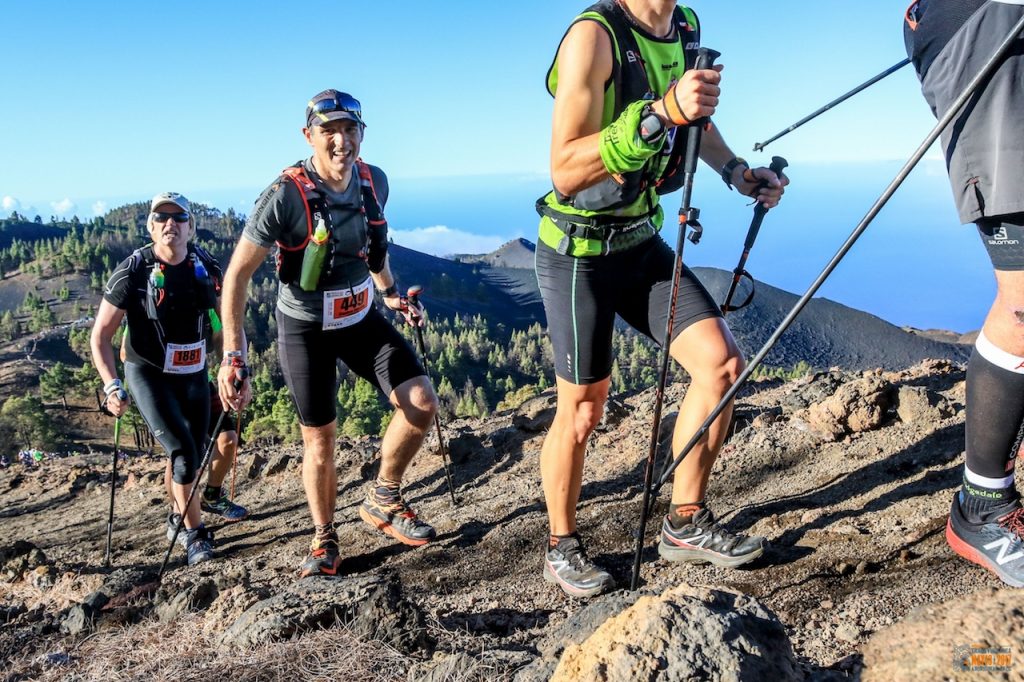 I was comfortable managing my own hydration and nutrition thus far. My main goal was to preserve my legs so that, after climbing, I would have something left for one of the most gruelling descents of any race, anywhere. After a couple of miles running through the sky with views of the entire island and ocean on both sides, the route descends back through the clouds and forest, to El Pilar.

Transvulcania actually consists of four races over four days. As well as the Transvulcania Ultra, there is the marathon and half marathon and a vertical kilometre race a few days before.The VK starts in Tazacorte and goes straight up to El Time.  The half starts at Fuencaliente and finishes at El Pilar. The marathon starts at El Pilar and finishes at Tazacorte. There’s also the kids races at El Pilar. So there’s a lot happening and it’s a busy old place. Last year I spent far too much time soaking up the atmosphere and gorging at the plentiful aid station. This year I bolted right through.

Our friends Zoe and Liam were running the Transvulcania Marathon this year, and I had been hoping to catch sight of them at El Pilar, but I got there too late and they were already in the starting pen and ready to go. I kept looking behind me after El Pilar and was lucky enough to see three times Transvulcania Ultra winner Luis Alberto Hernando pass me on his way to winning the marathon distance. Unfortunately, my phone froze as I was trying to film him going by. 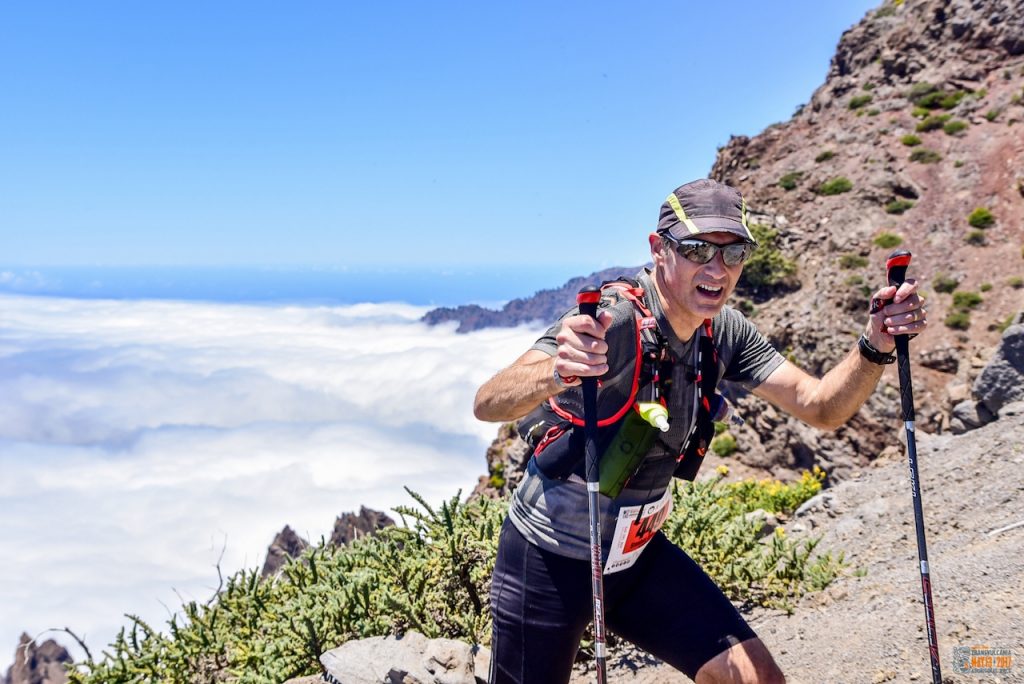 The next few kilometres are relatively flat and mundane. I ran walked this section to El Revention, where the long slow climb back through the clouds begins again. It’s incredible running. Cliff edges, 50ft tall pine trees hundreds of metres below. Mountain peaks breaking the clouds and the summit of Mount Tiede on the island of Tenerife, clearly visible in the distance.

The sun was very hot and the only respite was an occasional gust of cold wind which I breathed in deeply as it passed. I was hydrating well with water in one soft flask and coke in the other. I had two sachets of baby food which went down very well and plenty of watermelon from the aid stations. 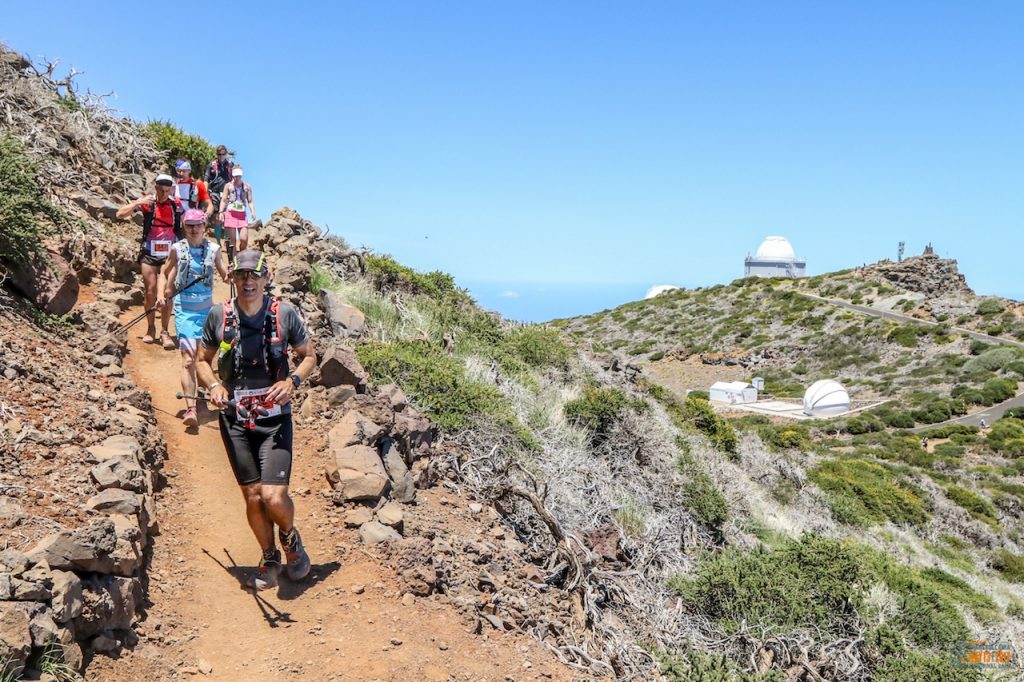 I reached Roque de Los Muchachos five minutes slower than in 2016, but I hoped that by not stopping at the aid stations, my run had been more evenly paced. The aid station at Roque is at 51km. Some runners stay here for ages, take their shoes off, have a full pasta meal, take photos and savour the experience. It had taken me 9 hours to reach the top. The winner, Tim Freriks, had finished 2 hours ago. I wanted to take a huge chunk off my time from last year but that would require a really good descent.

I set off cautiously. Metre by metre though, I began to feel I could run. My quads were functioning. I started running faster and began to pass runners. I leapt from rock to rock like a mountain goat. Many of those who’d marched ahead of me on the way up were now eating dust as I flew past them on the way down. Back through the forest pines, in and out of the clouds, a brief stop at the penultimate aid station at El Time. I must have passed 100 runners and was only overtaken by 3 or 4. 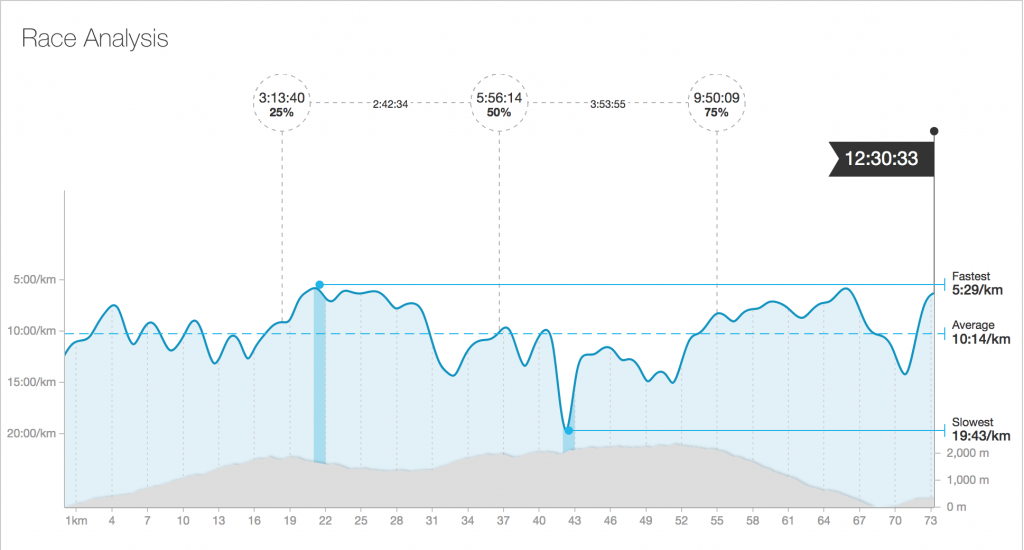 The forest and the lava flow trails eventually gave way to the tarmac of the local villages above Tazacorte and then came the final switchbacks on the cliff edge down to the beach. It’s an awesome feeling to hit the crowds there at the marathon finish. Awesome as it is though, it is equally depressing to know you still have 3km to run along The Ravine of Sorrows and a 300m climb to the finish line at Los Llanos. 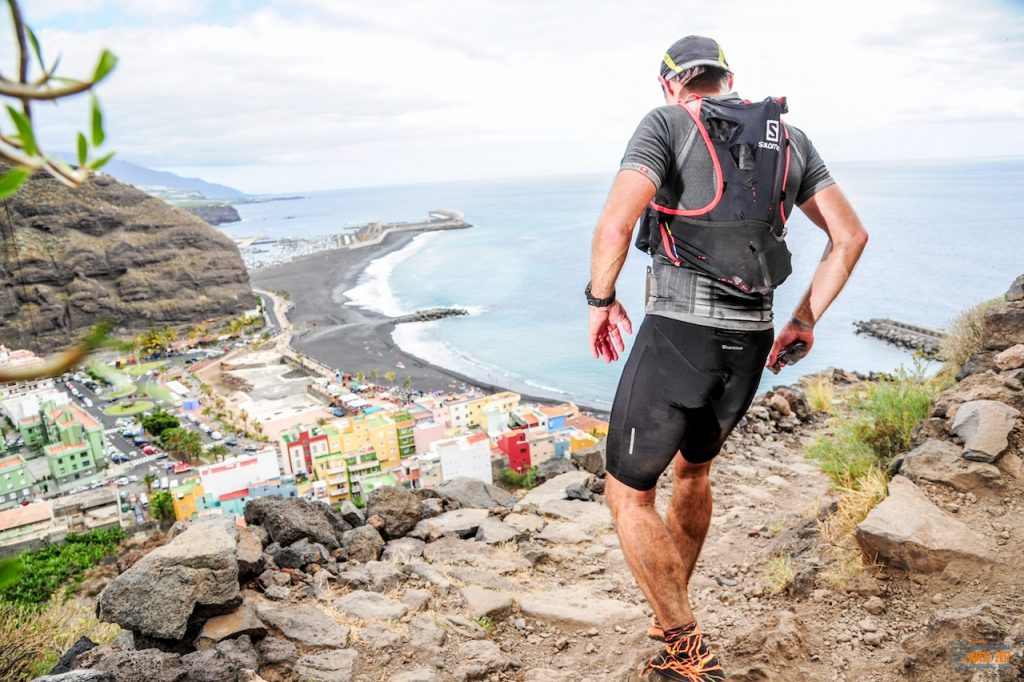 I must admit I walked out of that final aid station. I had put all my effort into getting down the hill and I was done. I could feel my legs beginning to cramp up. I needed to get going again. The Ravine of Sorrows (honestly that’s what it’s called!) is a rocky, sandy river bed and traversing it involves a not insubstantial amount of clambering after 72km. Once you’ve done that there’s the little matter of a final 300 metre sting in the tail climb to Los Llanos. 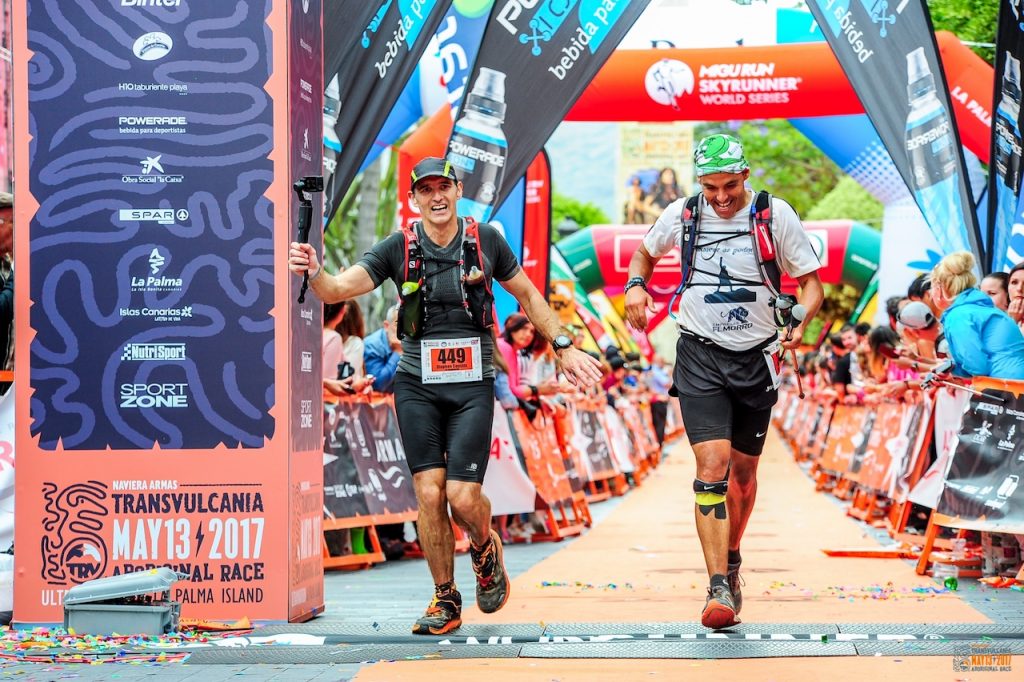 I just couldn’t drag myself up any longer and had to get my poles out. At the top, my quads finally gave up and went into spasm. I crouched to the floor in agony. 1km of flat running to go. Marco, a fellow runner, shouted some words of encouragement and I got up. We ran together and the cramping eased. I started to feel all the emotion of last year well up. I was going to do it. I was going to finish. On the corner, before the final turn, my wife shouted “sprint!”. I didn’t sprint, but I crossed the line 10 minutes after my running wife Richard, and 1 hour and 10 minutes ahead of my previous attempt, in 12 hours 30 minutes and 38 seconds.

Apparently, at one point I had been 45 minutes behind Richard and started catching him quickly on the descent. So next time I need to be faster to Roque de Los Muchachos and still have strength in my legs to get down the hill fast too. Maybe then I might catch him! We both agreed afterwards that we really need to get under 12 hours for this race. The Transvulcania Ultra gets under your skin and eats you from the inside out. So we may well be back next year and if not, certainly the year after, for another try.

For the data geeks you can view my Strava stats for 2017 here and for comparison, 2016 here.  Thanks for reading and if you feel able, please do share and give this Transvulcania Ultra race report a ‘like’. 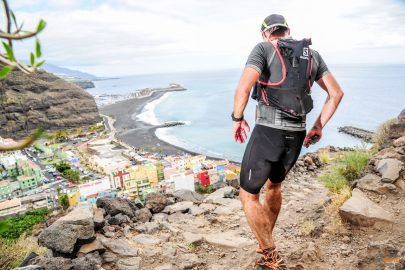 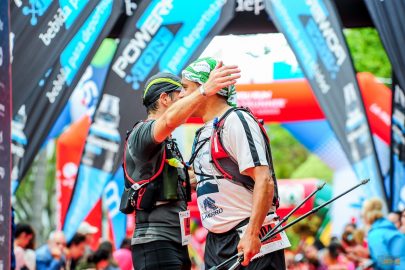 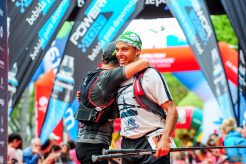 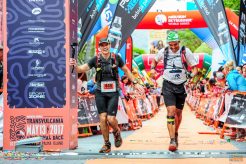 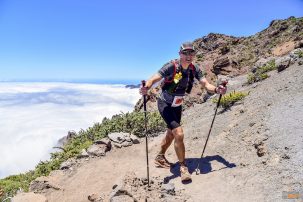 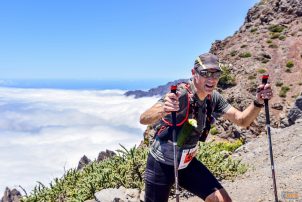 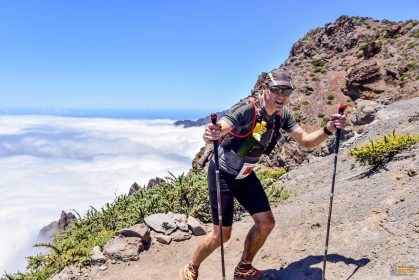 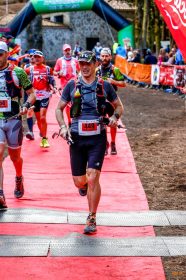 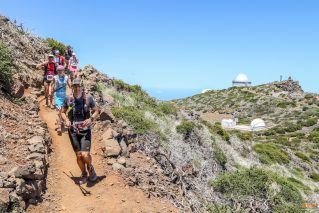 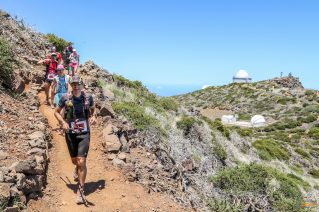 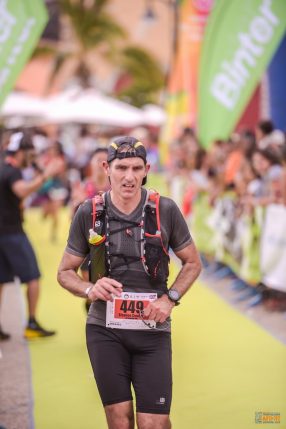 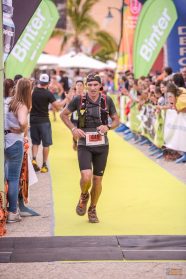 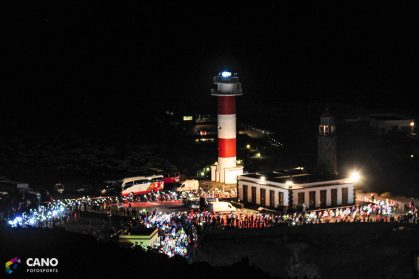