Find the latest bookmaker offers available across all uk gambling sites www.bets.zone Read the reviews and compare sites to quickly discover the perfect account for you.
Home - What is Film My Run

What is Film My Run 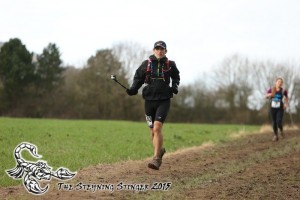 Hi, I’m Stephen. I currently work as a Wedding Photographer and Videographer at Occasion Photos and I am based in Worthing, West Sussex. However, I really love running. You can read about my running adventures on the About Me page. For a few years I have been carrying a GoPro HD action camera with me on some runs and editing together short films and documentaries of my experiences.

Film My Run is a project which combines my love of running with my skill and expertise in videography and film-making, to create awesome videos of races.

For Race Organisers – You might be setting up a new race or your event might be well established. You might be looking for new ways to publicise the event. A Film My Run showcase provides an interesting and exciting way to do so. All we require is a free entry to the event and a small contribution to expenses, particularly if the event is some distance away. I turn up, I run and I film as I go. I often interview runners en route as you can see in the many examples here.

For individuals – You might be running in your first race. You might be running your 100th marathon or your 50th parkrun. You might be running alone or with a group of friends, for charity or just for the experience. Perhaps you’re in fancy dress. Whatever you’re doing, I can be there to film it. I will run the whole distance with you, alongside, in front, behind, filming as we go. I can interview you as we run and you can tell me how you’re feeling, why your running and why you want it filmed. In fact you can tell me anything! But don’t panic!! I won’t be filming for the entire duration. I want you to enjoy your race so there will be plenty of time when I will leave you alone to do that.

There is also a second camera which we can use during the run. This is for you, or anyone else running with you, to carry. You can film as much or as little as you like with this camera and I will mix your footage in with mine when I edit the final film together.

If you want I can film some of your training and preparation prior to the run and of course I will film you collecting your medal and goodie bag after you have finished.

I then return to my studio to edit the footage. Depending on the length of the run and how much footage we have captured, I will edit a film lasting anything from 5 minutes to half an hour, with music.